Moving lots of computers is no small tasks. Computer towers may not seem intimidating, but when a team is moving hundreds of computers out of a building, down stairs and around corners, fatigue can add up quickly. You also need to consider getting some added value out of the old systems and making the switch to new systems as smooth as possible. Take a look at a few computer transition planning points to make your next computer replacement or removal project a flowing victory for teamwork.

Proper Training For Disconnect And Disposal

When moving computers at a large scale, there's more to it than just taking a box off of a desk. The monitor cable, power cable, mouse, keyboard and other peripherals need to be removed quickly, but gently to avoid damage the peripherals and the computer itself.

Universal Serial Bus (USB) devices can be quickly and easily removed, but one danger point is the network cable. Ethernet cables and optical fiber cables both use securing tabs to snap in place so accidental removal/disconnects won't happen as often. If removers pull the cables out without properly pressing tabs, the tab can snap and the cable won't be able to stay in place properly. One nudge from a foot or an adjustment of the next computer and the cable will slip out easily.

When removing the entire computer, technicians should be used to make this process easier. Even if the technicians have at least entry level experience, it's a good idea to give a quick overview of the efficient, safe way to remove computers. Cable disconnection, proper lifting technique and the directions for entering/exiting to keep workflow safe can speed up the process without endangering equipment or personnel.

If your team needs to remove certain components as a spare parts project, make sure to locate an electronics-safe set of containers in the room used for disassembling computers. Sweat happens during these heavy moves and changes, so you'll want to cut down on travel time and possible damage from perspiration or dropping due to fatigue.

The final destination for many computers may be a recycling center, but getting the computers outside needs to happen. Do you have a plan for where to put the computers, or are the computers going to be thrown unceremoniously into a junk pile?

There's many things wrong with haphazardly throwing out computers. Electronic waste (e-waste) mismanagement is becoming a mistake with costly charges, and it's a mistake that could be throwing away money even if you don't get caught. With so many recyclable materials such as steel, aluminum, gold, platinum and rare earth magnets inside computers, you could stay legal for less as you turn the computers in for recycling.

To make disposal easy and to make sure that computers aren't thrown into the wrong area, a roll off dumpster service can deliver a clean container that can be placed outside of your business' disposal area.

Once complete, the waste removal team can load the container and drive to the recycling center. Contact a roll off dumpster professional to schedule a container drop-off and pickup. 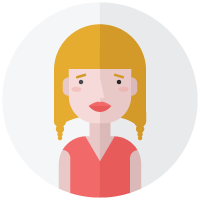 One of the most important elements of your home to keep up with is the septic system. If cared for properly, a septic system can last for many years without giving you much of a problem. If you don't maintain it properly, you will have quite the mess to clean up and you will regret it. This blog is loaded with tips that will help you keep your home septic system in great condition. You will learn about the additives it needs to do well and the things that you should never introduce to the septic system in the first place.